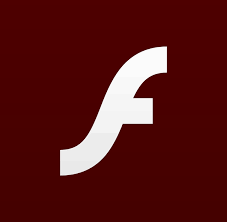 Well, goodbye my old friend. Flash has been a part of my life since 2000 when I first got into multimedia development and now it’s just…gone.

My first gig with Flash technology was a CD-ROM built for the Infiniti Q45 launch. The application itself was built in Macromedia Director, but the navigation and many of the line-art animations were done in Flash 4. This was my first introduction to what would eventually become a powerhouse behind video streaming, gaming and some of the coolest websites I’d ever seen. Later on with the introduction of ActionScript 3.0, we realized what we actual had…a fully standardized cross-browser, cross-OS application development platform.

I am a Director of Technology in my day-job. I run a team of developers. I get it…but that doesn’t make it easy to accept. I believe that Flash still has a place on the internet. Maybe not mobile phones, fine. But for a big desktop experience with interesting navigation patterns and things to discover within the site, Flash still wins. The web has become so vanilla with every site looking and functioning almost identical, all in the name of ‘standards’. Sorry, but standards are boring and so is the internet nowadays. Where’s the fun stuff anymore?

I will miss you Flash, and I will never forgive Adobe for letting it die.